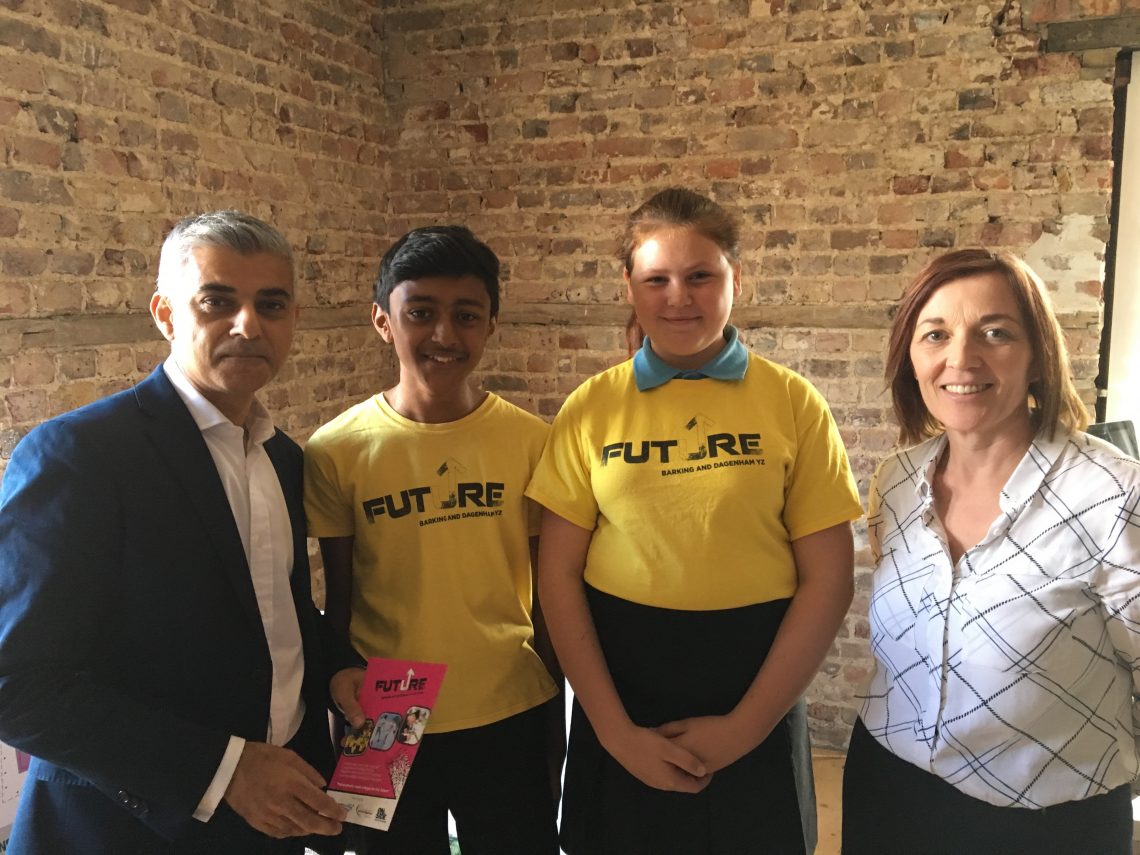 Young people from Barking and Dagenham proudly told Mayor of London Sadiq Khan all about what Future Youth Zone will offer.

Mr Khan was in the borough last week and took the time to speak to OnSide chief executive Kathryn Morley as well as Georgia Flatman and Suriyaa Gnanapanathan from the Barking and Dagenham Young People’s Development Group.

During a meeting at the White House in Dagenham, Georgia and Suriyaa told Mayor Khan about the work they have been doing with the Development Group as well as showing him floor plans of Future Youth Zone, which will boast activities ranging from sports to music and art to dance.

Suriyaa, 14, said: “It was such a good experience in meeting Sadiq Khan. He was a nice gentleman who understood what we do. With Sadiq Khan on our side, I believe Barking and Dagenham Youth Zone will go far.”

Georgia, 14, added: “It was an amazing opportunity to be face to face with Mayor Khan and I loved the experience. Future Youth Zone is an amazing idea for all young people.”

Future Youth Zone is being developed by OnSide with Barking and Dagenham Council as a strategic partner along with the Jack Petchey Foundation and the Queen’s Trust to make it a reality.

The Youth Zone will open its doors in 2018, offering somewhere to go, something to do and someone to talk to for young people between eight and 19 and up to 25 for those with a disability.

“Future Youth Zone will be an amazing place for young people to spend their leisure time. Somewhere they can go to make new friends, take part in a whole range of activities and get one to one support on a wide range of issues.”