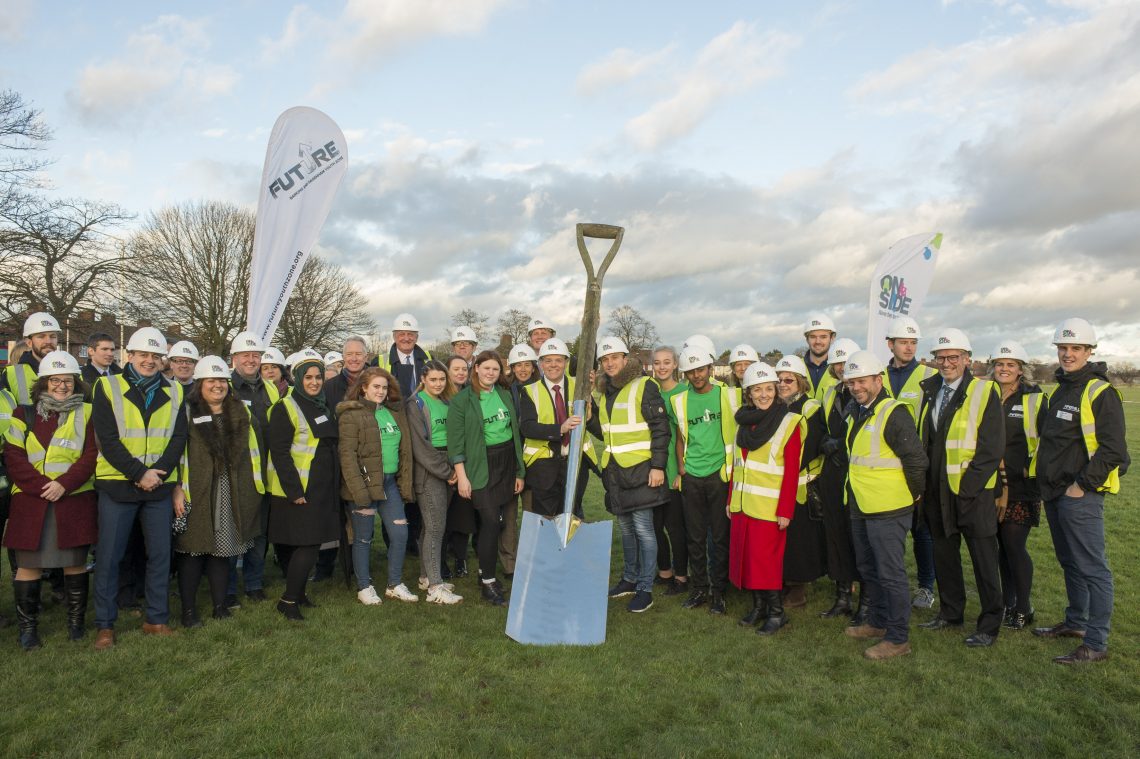 History has been made after a spade went into the ground to officially start work on London’s first ever OnSide Youth Zone in Barking and Dagenham.

The Youth Zone’s Chair Charles Mindenhall was joined by Barking and Dagenham Council Leader Darren Rodwell, the facility’s funders and other dignitaries, including West Ham captain Mark Noble, at a special ground-breaking celebration on cutting the first sod with a giant spade on Parsloes Park.

Opening in 2019, the £6million centre will boast a wide array of world-class facilities and activities from sports in the four-court sports hall, martial arts room and 3G kick pitch; to art, drama, music, cooking and enterprise and employability opportunities.

Young people aged between eight and 19 – and those up to 25 with additional needs – will pay just 50p per visit and £5 for an annual membership.

Built on the successful OnSide model, half of the Youth Zone’s construction costs will come from Barking and Dagenham Council with the Jack Petchey Foundation and the Queen’s Trust both contributing £1.5million each.